Bermuda grown Daniel Phillips had to leave the small island of Bermuda to realize his dreams – his Road to Wimbledon. He needed to be exposed on a daily basis to a faster ball and high performance training… 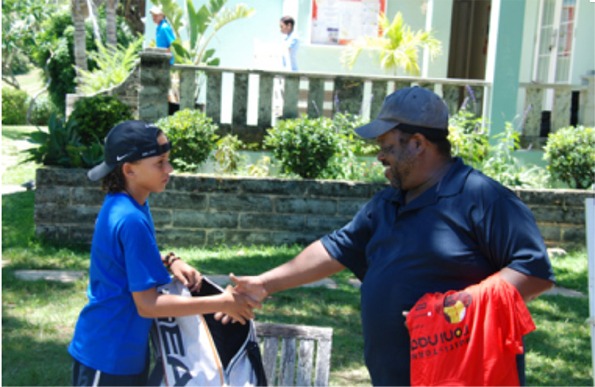 The Rafa Nadal Tennis Academy by Movistar opened in June 2016 in the island setting of Manacor, Mallorca. Rafa Nadal has transformed his training base into a high performance tennis academy where he and his team prepare young athletes using a revolutionary program based on Rafa’s own training system and values. Located in Rafa’s home town, the Academy combines tennis and education to ensure that students can follow the path of their tennis career without having to forsake their academic progress. The philosophy is based upon getting the best out of players by help‐ ing them to develop their abili‐ ties to the highest level, focus‐ ing in the personal values as a main pillar.

Players aged from 11 – 18 years from around the world were invited to attend a courtesy week in June at the Academy as a part of the intense selection process. During this month long expedition, Daniel won the hearts and minds of the Administration, including winning the 12 & under tournament at the RNA Tennis Camp. The Nadal Coaches said: “After analyzing his good tennis technique and his great attitude in terms of learning, inside and outside the court, the tennis and the school department agree that Daniel is the student / player that the Academy wants to have for the annual program starting this September 2016”.

Daniel is one of 56 players who were hand picked by the Nadal Coaching Team and invited to join the first wave of players at the Academy Annual Program this September.

bermuda bermycoach brent smith cardio Everyone plays and everyone is a winner!!! tennis